This article demonstrates how to automate the execution of IRI DarkShield data masking jobs from SSH commands run from within the AWS CodePipeline to produce fit-for-purpose test data in the DevOps process. 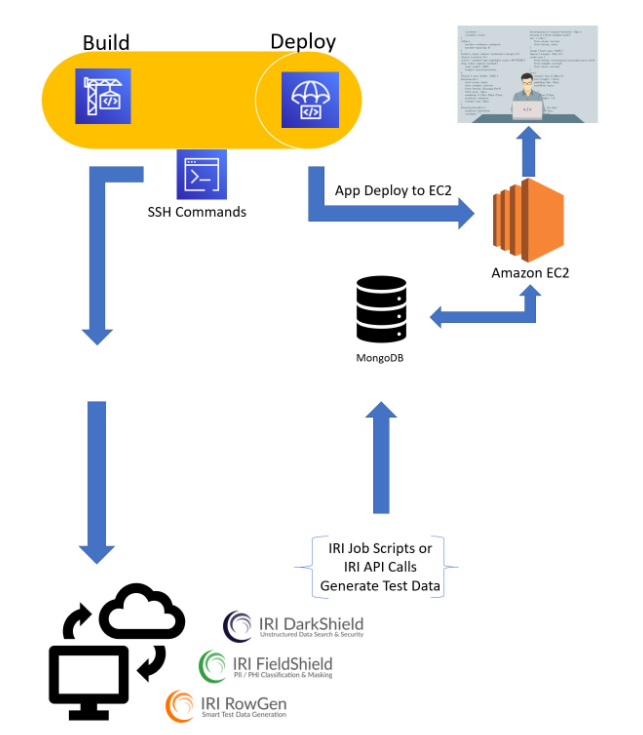 In my last demonstration with the GitLab pipeline, I ran structured IRI FieldShield data masking and IRI RowGen data synthesis job scripts to produce test data and consume them in API testing post-deployment. In this demonstration, the AWS CodePipeline will call the DarkShield-Files API on a remote server to showcase another method of creating fit-for-purpose test data in MongoDB. Of course, the GitLab method with FieldShield and RowGen, is viable in Jenkins and Azure DevOps, too.

DarkShield is a member data masking product in the IRI Data Protector Suite and included a component of the IRI Voracity data management platform. DarkShield focuses mostly on data in semi-structured and unstructured sources like: NoSQL DBs (including DynamoDB), PDFs, MS Word, text and image files (including Parquet and DICOM). DarkShield also finds and masks PII in flat files (local or stored in buckets like S3) and RDBs (usually with C/BLOB data).

About AWS CodePipeline and Its Structure

The Amazon Web Service CodePipeline is a continuous delivery service that automates the build, test, and deployment phases of new software releases. AWS CodePipeline also supports the integration of third-party services such as GitHub.

According to AWS documentation, “A pipeline is a workflow construct that describes how software changes go through a release process”1. The pipelines are made up of units called stages (build,test,deploy). Each stage in turn, is made up of sets of operations called actions.

The actions are configured to run at specific points in the pipeline. An example of an action would be a deployment action in a deployment stage that deploys code to a compute service.

Each action can be run in serial or parallel within a stage. The following are valid action types in CodePipeline:

Each action type has an accepted set of providers. Each provider has a name that must be included in the Provider field in the action category of the pipeline.

Conversely, I could have stored my buildspec.yml file in any number of places as a source. These include Amazon S3, Amazon ECR, CodeCommite, BitBucket, GitHub, and GitHub Enterprise Server actions.

The first part of my buildspec.yml file will be declaring my environment variables that are stored in my AWS Parameter Store within secure strings. I stored variables here to keep sensitive data like IP addresses, private keys, and ssh commands hidden. 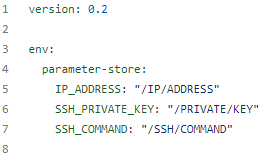 Setting up environment variables for buildspec.yml

Before creating an SSH connection, an OpenSSH Client is installed, an SSH agent is set up, and a private key has been added to the SSH agent. AWS CodePipeline will now be able to SSH into the server where licensed IRI software is installed without requiring a password. 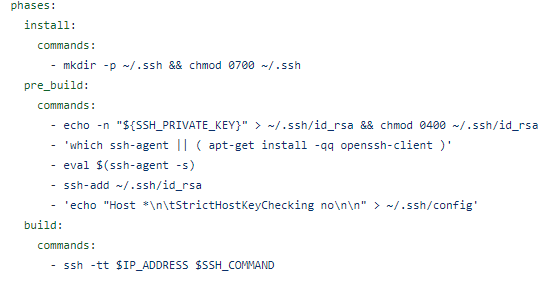 Setting up the build stage to execute SSH commands

When the build stage is executed the string value stored in SSH_COMMAND will run the IRI job script on the server where the licensed IRI software is installed. After the build stage is finished AWS pipeline console will display a successful build message.

For my demonstration, I am executing a python script that will make a call like this to the DarkShield-Files API hosted on the remote server to search and mask JSON posts stored in a collection on a test MongoDB cluster hosted in AWS. 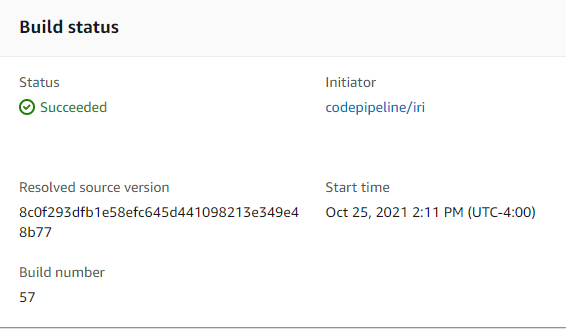 The log file created during the build stage will show that a connection to the remote server has been established, and that the DarkShield-Files API has been successfully called. After searching and masking operations are completed, the masked files will be placed in the cloud MongoDB cluster in my collection called Posts.

MongoDB documents in a collection before masking operation

MongoDB documents in a collection after masking operation

What Can You Do With The Generated Test Data?

This is an issue when test data needs to be produced and later consumed during the testing process. Testers must make the choice between using a copy of sanitized production data or producing as realistic as possible, synthetic test data.

Below you can see a screenshot of a MEAN (MongoDB, Express.js, AngularJs, Node.js) stack app that is using the newly created test data. The app is able to create and store posts in MongoDB. Those posts are then retrieved from the database and displayed back to the user as accordion elements. 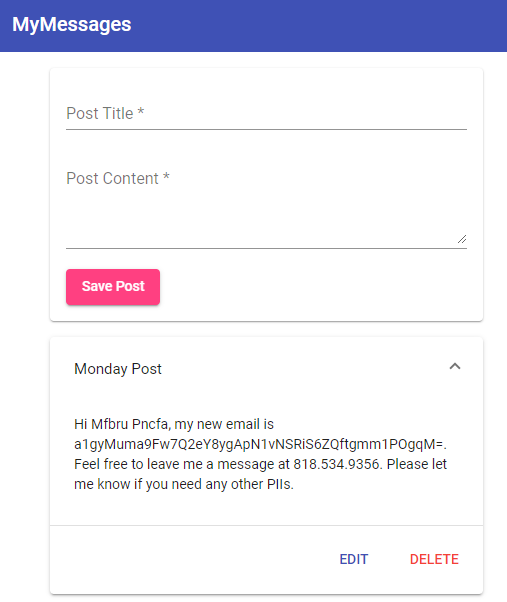 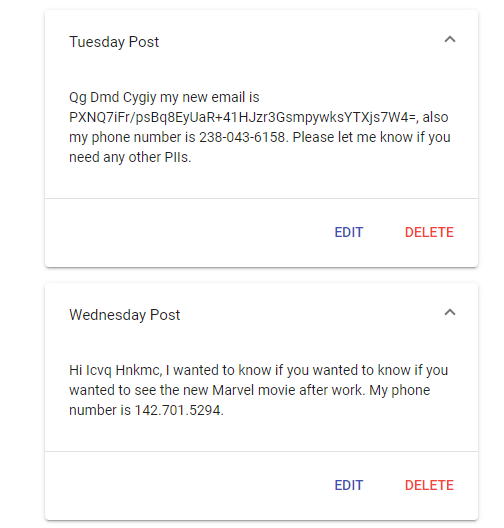 You will notice that no sensitive data has been revealed in this test environment.

In my demo I showed how to generate test data in the AWS pipeline using IRI DarkShield but the AWS pipeline is capable of far more. I would like to recommend an article written by Max A Raju, on building and deploying a MEAN stack app (MEAN stands for MongoDB, Express.js, AngularJS, Node.js) in the AWS CodePipeline.

For those not comfortable yet with AWS services like EC2, IAM permissions, or just CodePipeline in general, I highly recommend giving his article a read to better familiarize yourself with the process. As Raju points out, “there are quite a few steps involved in getting a pipeline up and running, but once set-up it is clearly a valuable workflow tool”2.

This article demonstrated how to automate the execution of IRI test-data-producing jobs from within the AWS CodePipeline. Using SSH, any IRI job script or API routine that can run from the command line can be executed from within the pipeline.

It is because the IRI back-end engine is an executable, products like DarkShield, FieldShield, and RowGen can be run from the command line. Furthermore, the DarkShield-Files API can be programmatically assigned to execute on preselected data sources as our python demos show.

Whether it is the generation of synthetic test data, the masking of structured data, semi-structured, or unstructured data, it is possible to incorporate IRI job scripts into the DevOps process through the CI/CD pipeline. My next article will demonstrate this in Azure DevOps. 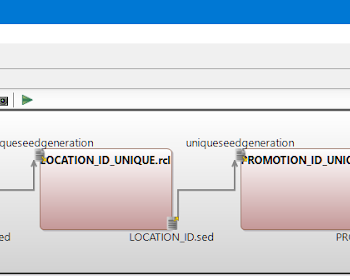